Scratch Tickets for the Win! 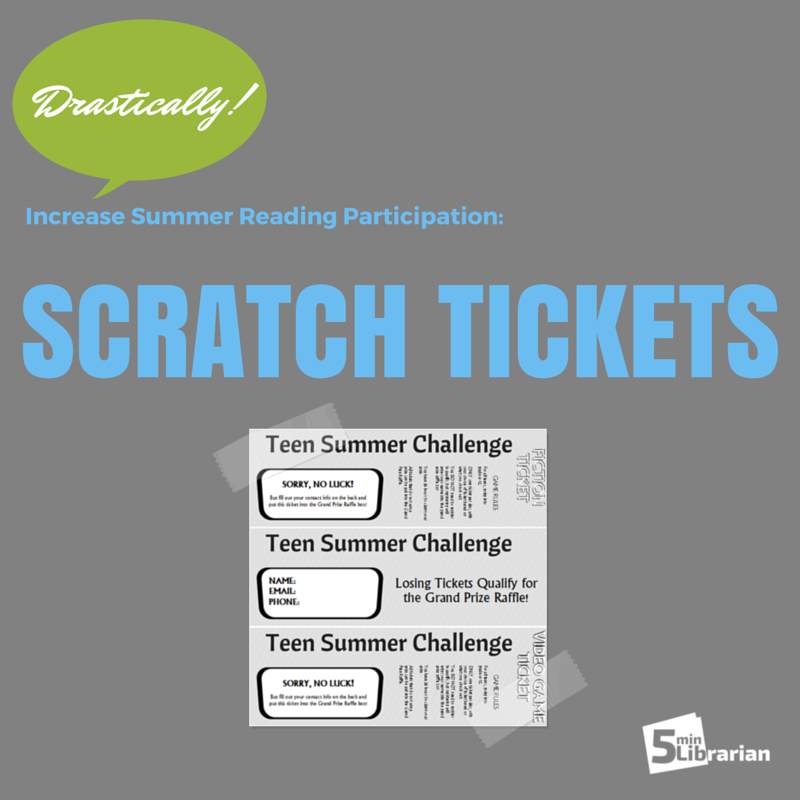 This week on YA-YAAC, there was a discussion about the different ways to run Summer Reading. The focus was on a Summer Reading Bingo card, which I have tried at my library and it bombed. I think it was too complicated for our patrons and Circulation Staff, though I know other libraries have had great success with it. However, I mentioned to the group that I use homemade scratch tickets for my Summer Reading and the interest it garnered prompted me to write this post.

The beauty of this idea is that any librarian can do it, for any age group. It is a fun activity for patrons and it makes a small prize budget go very far. (Our teens were happy to scratch a losing ticket because it meant they got into the Grand Prize Raffle.) 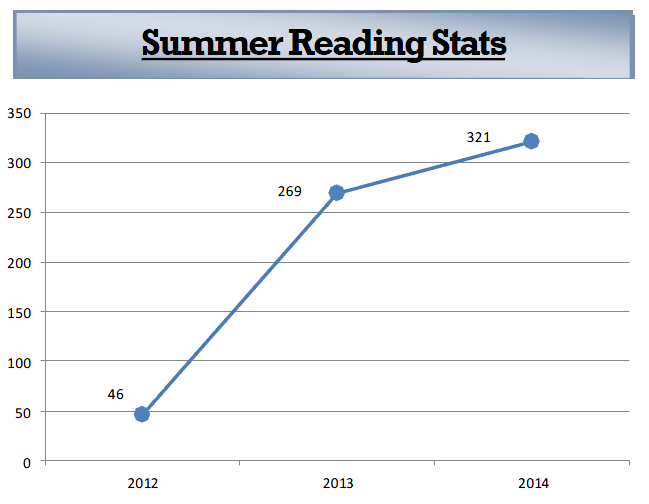 When we did the Bingo card program, I had 46 participants. The year afterwards, I decided to revamp my Summer Reading and take a very simple approach with scratch tickets. It paid off with 269 teens participating. Last year, we beat that number and had 321 teens in the program.

This is how we did it:

NOTE: We only put one major prize in the raffle per week, right on top of the pile so we could control when the big prizes were claimed and could spread it out throughout the whole summer. 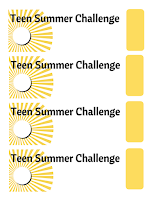 You can double click and copy our free template to get started! We just ask that you comment on this blog that you're using it. The circles on the left fit the 1 inch Scratch Ticket Stickers from Amazon. Just add your text and you're ready to go!

I have been getting a lot of similar questions, so here's additional information:

1. How did you stagger your winning tickets?  Was there a rhyme or reason?
Did you ever find you had a bunch of unclaimed prizes?


I staggered the small prizes with the losing tickets (this was candy, Summer Reading swag, and free books). However, my $25 gift cards and the bigger prizes, I kept out of the pile. I had enough so that I only gave away one gift card each week and then sporadically added the other prizes in.

To ensure these big prizes were claimed, I laid them on top of the pile so the next person would win it (I didn't want to worry about people never reaching the prize. I guess you can say the random part was for me -- I never knew which teen was going to walk through the door and win it). Everyone walked away with their prize, so I didn't have any prizes leftover... except for candy and the other small prizes, since I never could be sure how many people would participate and I wanted to give them choices.

2. Did you base how many winning tickets you had on the number of teens
participating or was it random?


I had no idea that first year how many people would participate, so I counted up my summer reading swag and looked at the candy piece amount listed on the bags and made that many winning small prizes. I doubled that number and made the rest for losing tickets. So, basically, every third person should win something. I ended up having to make more halfway during summer reading, but you'll know how many more to make when you check the piles. Once you complete one year, you'll have a good idea of how many tickets to make the next time. (And, honestly, halfway through the summer, I just add in more losing tickets since I figured by this point, teens don't have to win so often. They should be hooked!)

If you enjoyed this article, check out our other posts on Summer Reading!