Welcome to our series, "Ready to Go! Book Display." Once a month we'll highlight the latest or greatest for every age group that you can promote within your library or order for your collection. This month we are showcasing books fairy tale retellings in anticipation of the CSLP theme "Imagine Your Story." 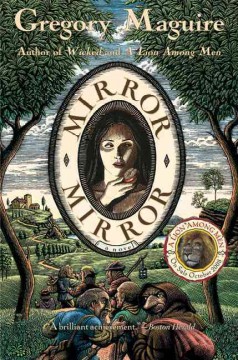 
A retelling of "Snow White" set in Renaissance Italy draws a link between the original fairy tale and the Borgia family's infamous practice of poisoning its enemies. 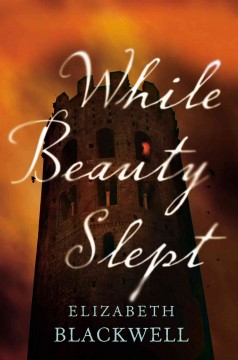 
A Gothic retelling of the real story behind the legend of Sleeping Beauty. 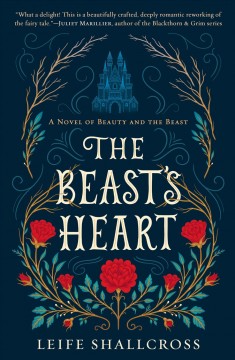 
A retelling of Beauty and the Beast set in the 17th century France in which Beast struggles to come to terms with his horrid behavior as a man, his years of savagery, and his hope of redemption. 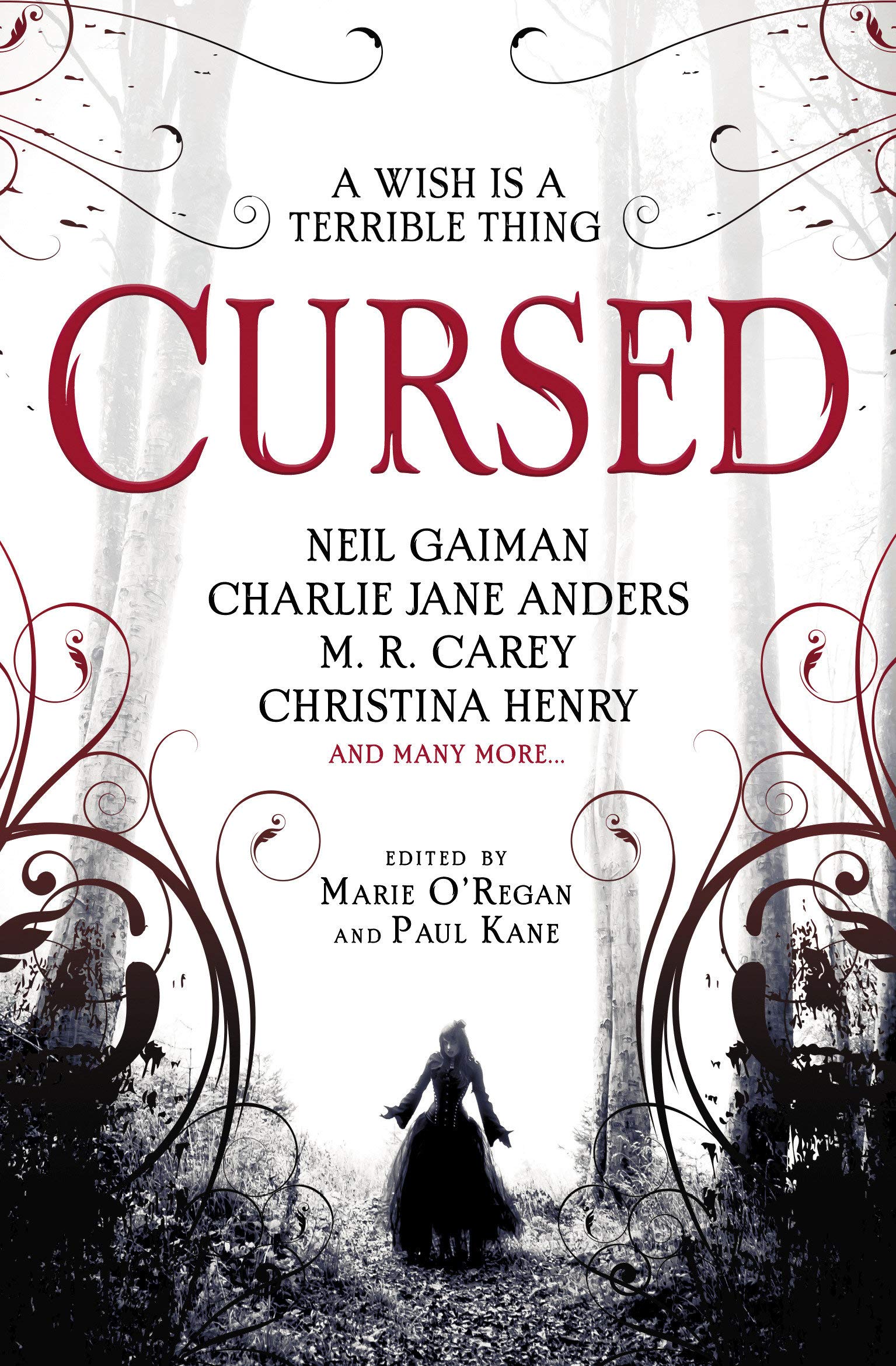 
An anthology of unique twists on the fairy tale conceit of the curse, from the traditional to the modern - giving us brand new mythologies as well as new approaches to well-loved fables. 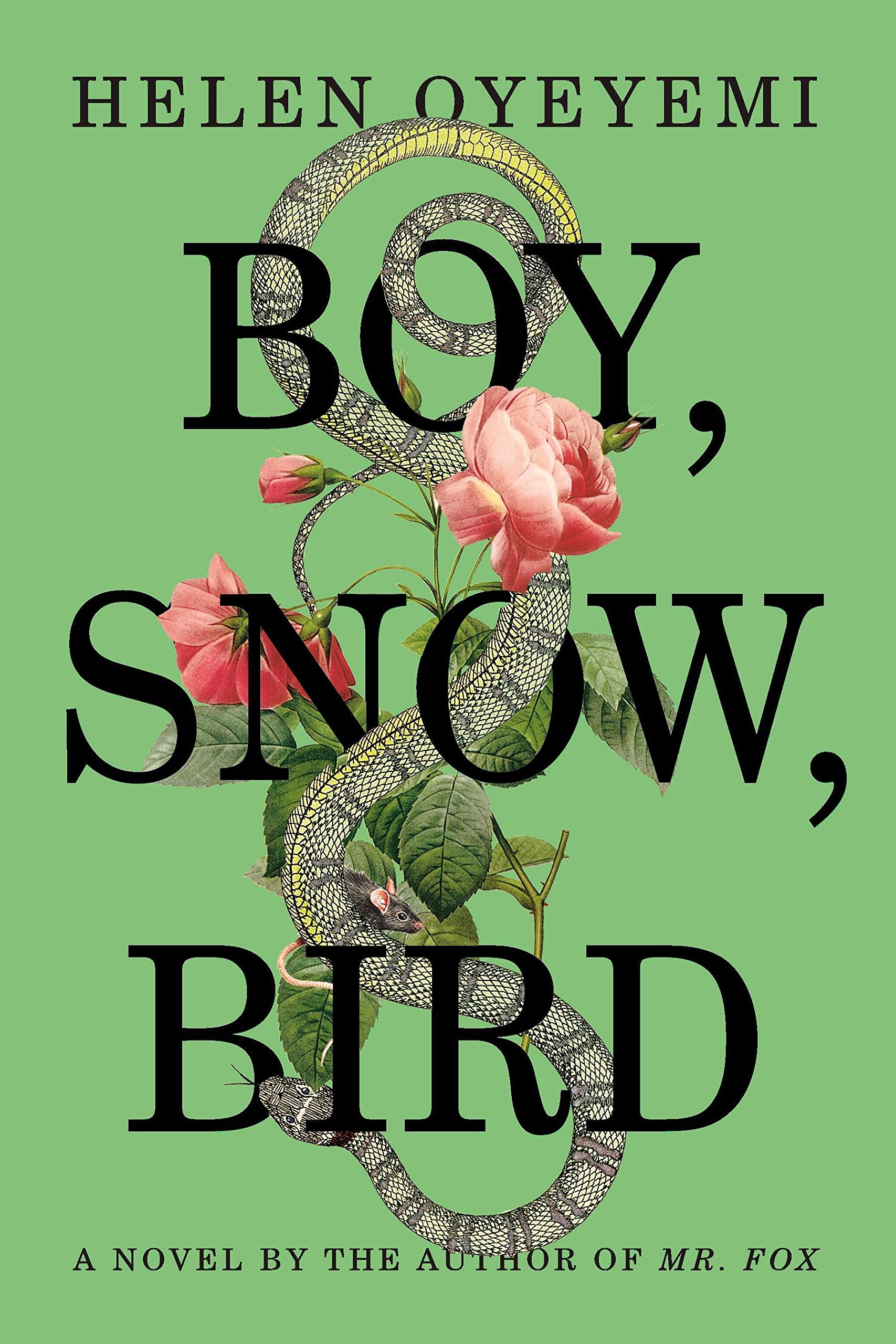 
A reimagining of the Snow White story recast as a story of family secrets, race, beauty, and vanity set in the United States during the 1950s and 1960s. 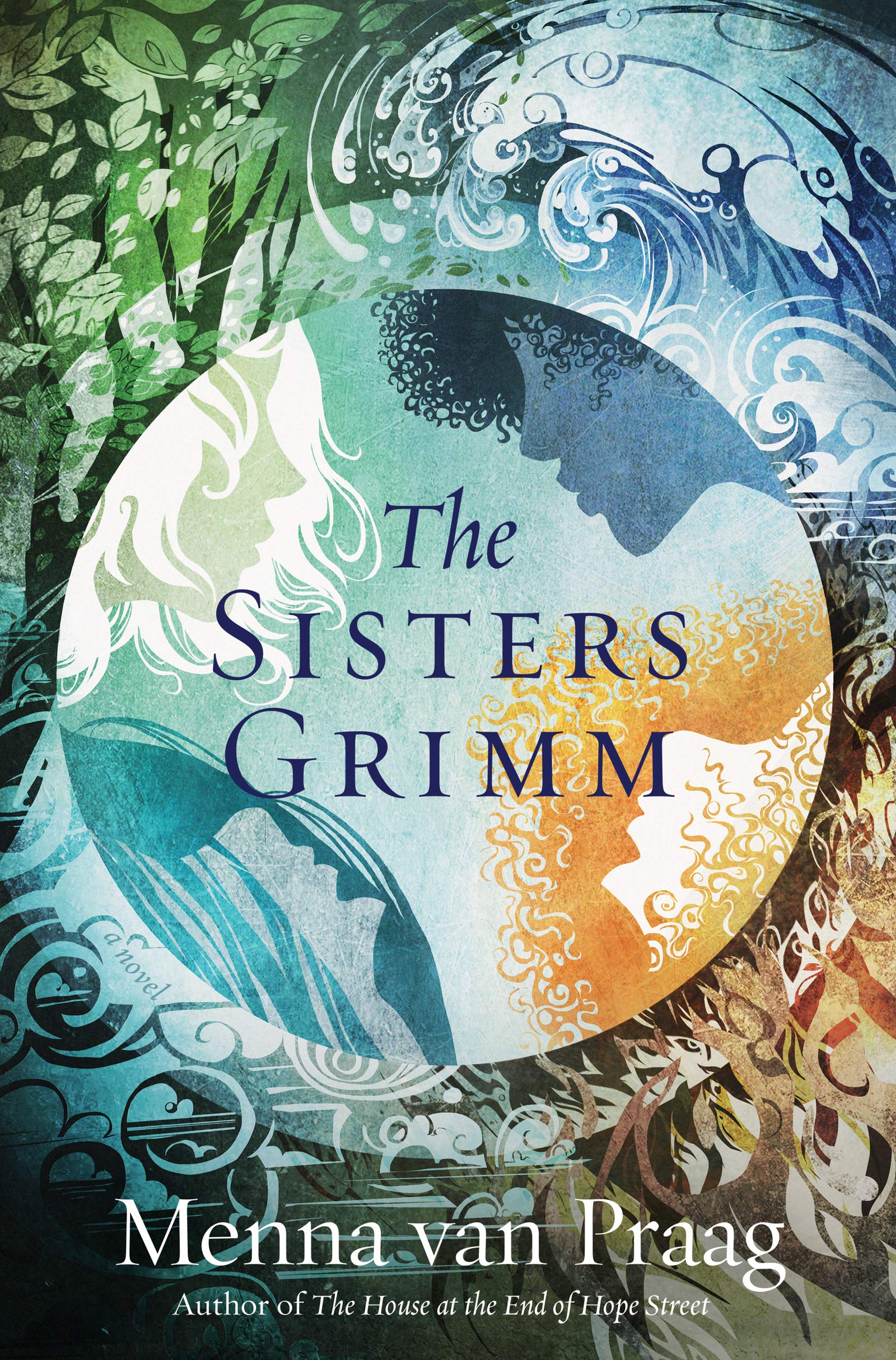 The Sisters Grimm by Menna Van Praag (Mar 2020)
Searching for each other after years of separation, five half-sisters, the daughters of a demon who would corrupt humanity, use their elemental powers to prepare for a gladiatorial match against their father's soldiers. 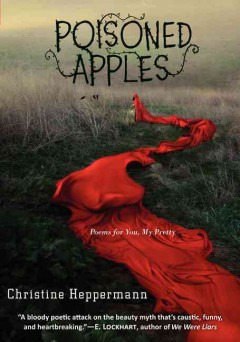 Poisoned Apples: Poems for You, My Pretty by Christine Heppermann (Sep 2014)


Free-verse poems juxtapose fairy tale elements against the life of a teen and explore the cruelty of judgment, pressure, and self-doubt while reflecting on how girls are taught to think about themselves, their friends, and their bodies. 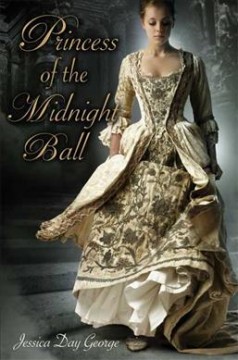 Princess of the Midnight Ball by Jessica Day George (Jan 2009)


A retelling of the tale of twelve princesses who wear out their shoes dancing every night, and of Galen, a former soldier now working in the king's gardens, who follows them in hopes of breaking the curse. 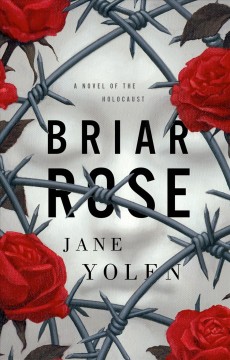 
A powerful retelling of the fairy tale Sleeping Beauty set during the Holocaust. 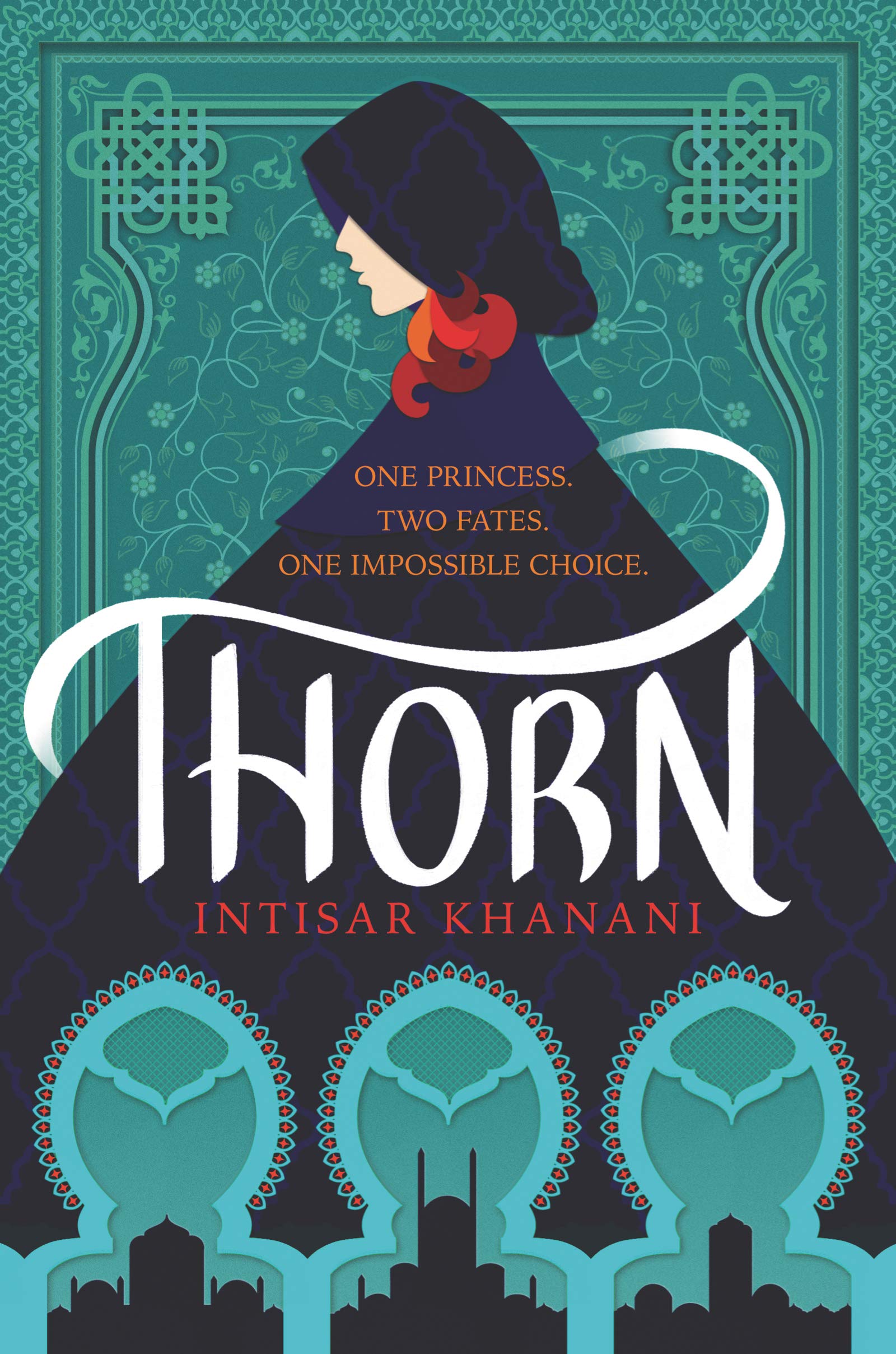 
A fantasy retelling of the "Goose Girl" fairy tale follows the experiences of a betrothed princess who is robbed of her identity by a mysterious sorceress before a threat against her betrothed prince compels her to make a dangerous choice. 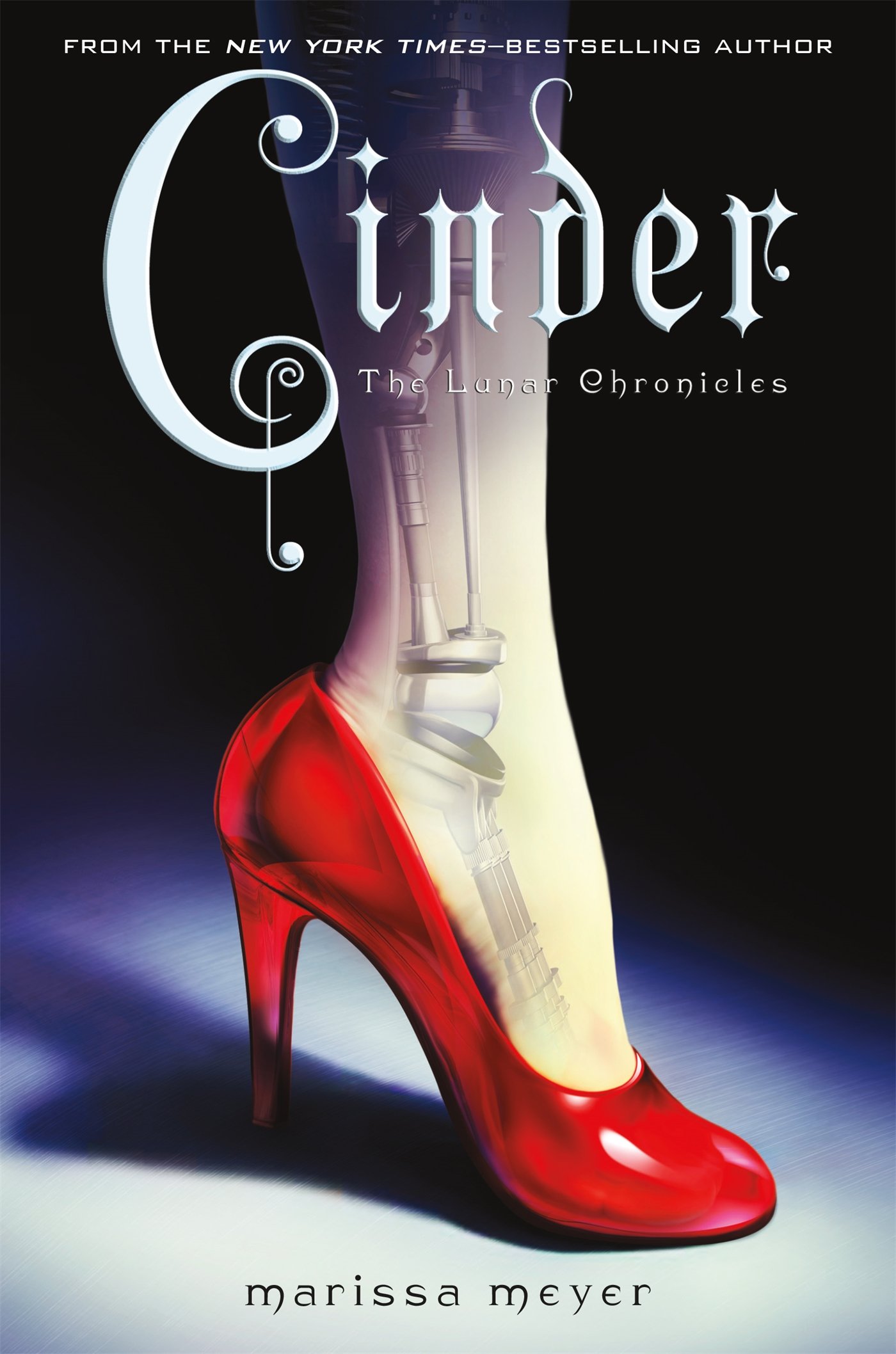 
As plague ravages the overcrowded Earth, observed by a ruthless lunar people, Cinder, a gifted mechanic and cyborg, becomes involved with handsome Prince Kai and must uncover secrets about her past in order to protect the world in this futuristic take on the Cinderella story.

Beauty and the Beast: 3 Beloved Tales by Cari Meister (Aug 2016)


Retells the classic French fairy tale of the enchanted beast, and the maiden whose love rescues him, together with two similar tales from China and Switzerland. 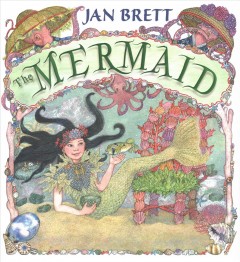 
Set in the ocean off Japan, this retelling of Goldilocks and the Three Bears stars Kiniro, a mermaid, who finds a baby octopus's breakfast, chair and bed just right. 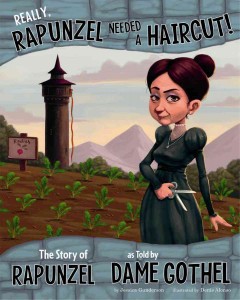 Really, Rapunzel Needed a Haircut!: The Story of Rapunzel, As Told by Dame Gothel by Jessica Gunderson (Aug 2013)


Introduces the concept of point of view through Dame Gothel's retelling of the classic fairy tale "Rapunzel". 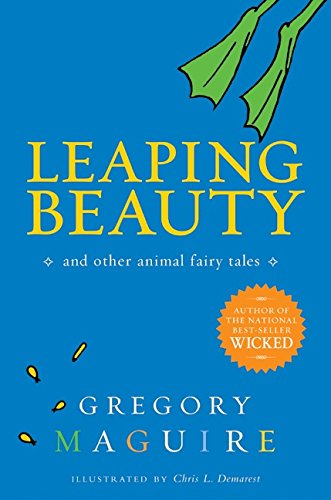 
The author wreaks havoc on eight classic fairy tales, with a cast of characters including a dancing frog, a gorilla queen, and seven giant giraffes. 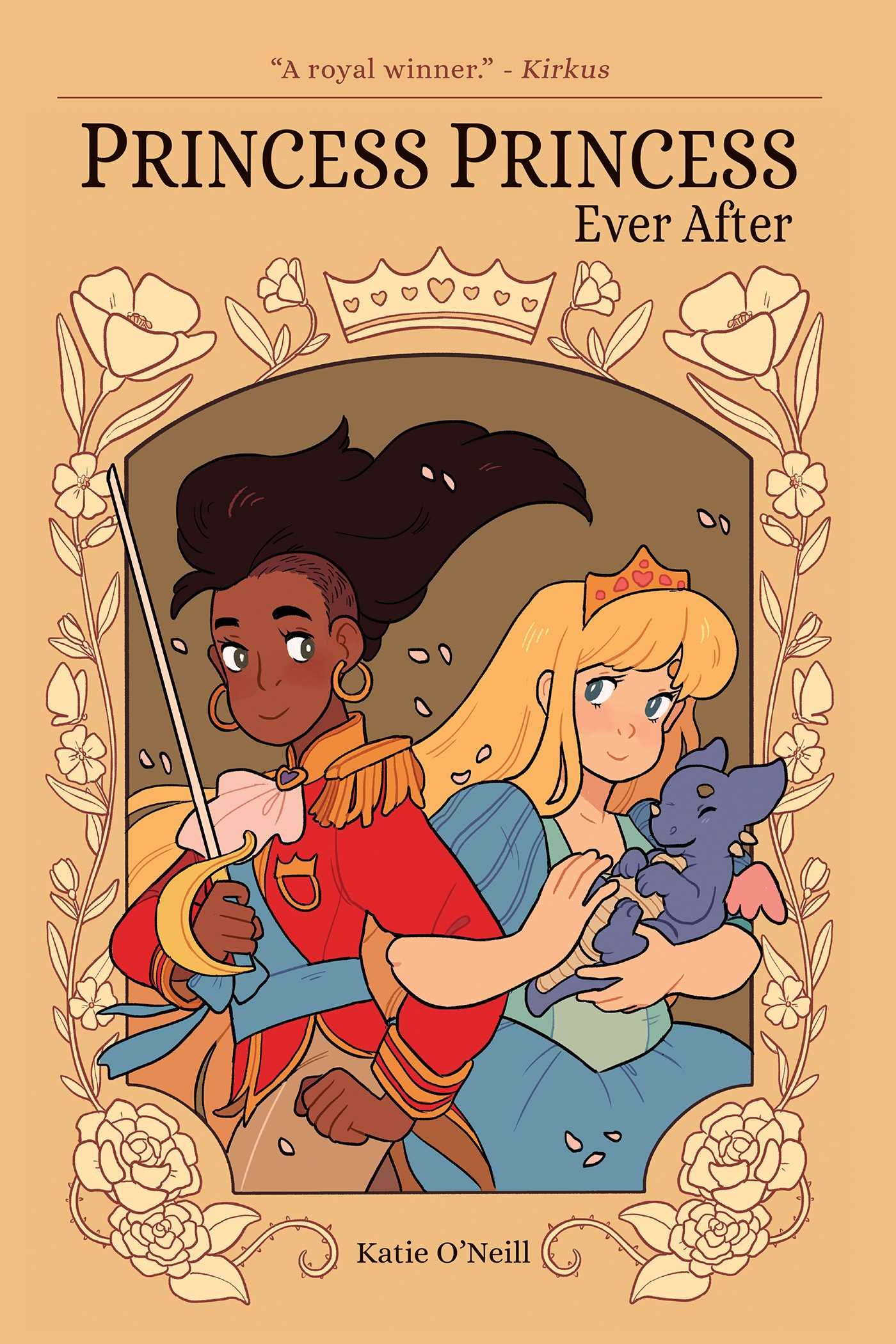 Princess Princess Ever After by Katie O'Neill (Sep 2016)


When the heroic princess Amira rescues the kind-hearted princess Sadie from her tower prison, the two band together to defeat a jealous sorceress with a dire grudge against Sadie.


A lively fairy tale set in the universe of Interstellar Cinderella, find space princess Lex embarking on a quest to break a curse that has removed all the books from her kingdom.


If you think of fairy tales as nice, pretty little stories to bore children to sleep with, this book will make you think again.


Taken out of foster care by a woman who claims to be their grandmother, orphans Sabrina and Daphne Grimm are whisked away to Ferryport Landing, New York. There they learn that their ancestors, the famous Brothers Grimm, wrote not make-believe stories, but the histories of the Everafters - fairy-tale characters.

Developing a Sensory Storytime for Your Library 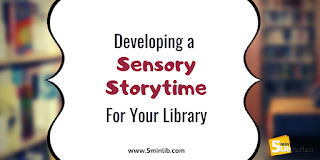 We at Five Minute Librarian are thrilled to introduce guest-blogger Erin Collier-Plummer, Youth Services Librarian with the Seminole County (FL) Public Library. Ms. Collier-Plummer has been planning and presenting Sensory Storytimes in her library, and has graciously allows us to share her experience with you. All words below are her own.


When I arrived at the Seminole County Library system, I learned that there were only two Sensory Storytimes here, and both were located at different branches. Moreover, the branches alternated months, so interested families would have to travel between the two branches (which are not very close together) in order to attend on a monthly basis. While our Central branch houses an entire Sensory Lab (for which they won both a grant and a state library award), I felt it important to have something similar, albeit smaller and able to be contained on one library cart dedicated for this purpose.


Being a librarian that works primarily with youth, as well as a mother of a child on the autistic spectrum, I sought to create a program at my own branch that would run monthly and would serve both neurodiverse and neurotypical families. To this end, I decided to learn what I could from a professional standpoint about how to develop my own Sensory Storytime. Fortunately, I found the book Programming For Children and Teens With Autism Spectrum Disorder by Barbara Klipper. Armed with the recommendations in this book and my own experience with the types of activities that had helped my son in occupational therapy, I went to work pulling together information. I also reached out to local organizations for resources and advice on what to incorporate. [Some of these resources are made available to caregivers at each Sensory Storytime]

I chose Wednesday morning to hold the storytime, since I knew many of the families in my community were interested in a more hands-on, tactile experience than I could provide at my other storytimes. My first session was held late last year, and there has been some tweaking to the format since to accommodate new ideas. Overall, I am very pleased with the way this program has evolved, and I cherish the families that attend and provide very positive feedback regarding the experience. Perhaps my favorite feedback moment was from a family who told me how welcomed they felt and how engaged her child was throughout, which she stressed was a rare thing.

Some of the techniques I incorporate come directly from Ms. Klipper’s book, while others were based on other feedback and my own research regarding the sensory needs of children. I’m including some of the tools I’ve found most helpful:

Attendance has been wonderful, and I am looking to possibly expand this program to twice monthly, as scheduling permits. There is clearly a need for this type of program in my community. As a parent, I wanted to create a storytime my own child could have joyfully attended, since traditional storytimes in my area at the time were not designed to be inclusive. The program I’ve come up with is not ideal, and I am not an authority by any means. But libraries are for everyone, and we need to make sure all our children feel welcome and included!