Welcome to our series, "Ready to Go!" Book Display. Once a month, we'll highlight the latest or greatest for every age group (Adults, Teens and Children) that you can promote within your library or order for your collection. This month we are getting ready for summer reading with sports books!

The Heart of the Order by Theo Schell-Lambert (Jun 2015)
When baseball player Blake "Xandy" Alexander suffers a serious knee injury, he spends the summer in rehab with a physical therapist named Jenn, and reflecting on the game and life. Players: The Story of Sports and Money by Matthew Futterman (Apr 2016)
Traces the single-generation transformation of sports from a cottage industry to a global business, reflecting on how elite athletes, agents, TV executives, coaches, owners, and athletes who once had to take second jobs worked together to create the dominating, big-ticket industry of today. 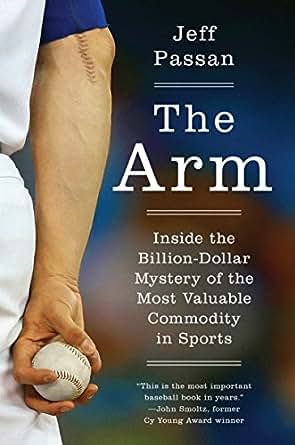 The Arm: Inside the Billion-Dollar Mystery of the Most Valuable Commodity in Sports by Jeff Passan (Apr 2016)
Yahoo's lead baseball columnist offers an in-depth look at the most valuable commodity in sports - the pitching arm - and how its vulnerability to injury is hurting players and the game, from Little League to the majors.
First Ladies of Running by Amby Burfoot (Apr 2016)
Read the inspiring stories about 22 females who were the pioneers of women's running. Fox Tossing: And Other Forgotten and Dangerous Sports, Pastimes, and Games by Edward Brooke-Hitching (Nov 2015)
A quirky collection of history's most bizarre sports and stories of mankind's most daring and ridiculous recreational pursuits - from baby boxing, to octopus wrestling, and ice tennis. Fast Into the Night by Debbie Clarke Moderow (Feb 2016)
Chronicles the author's attempt to complete Alaska's legendary race, the Iditarod, led by her team of huskies with whom she forms a fascinating and inextricable bond and gains unique insights into canine behavior. Zeroboxer by Fonda Lee (Apr 2015)
As seventeen-year-old Carr "the Raptor" Luka rises to fame in the weightless combat sport of zeroboxing, he learns a devastating secret that jeopardizes not only his future in the sport, but interplanetary relations. The Crossover by Kwame Alexander (Mar 2014)
Fourteen-year-old twin basketball stars Josh and Jordan wrestle with highs and lows on and off the court as their father ignores his declining health. Being Sloane Jacobs by Lauren Morrill (Jan 2014)
Sloane Emily Jacobs and Sloane Devon Jacobs, from very different worlds but both with problem families, meet in Montreal where they will stay in the same hotel with attending camp, one for figure skating, the other for ice hockey. Winger by Andrew Smith (May 2013)
Two years younger than his classmates at a prestigious boarding school, fourteen-year-old Ryan Dean West grapples with living in the dorm for troublemakers, falling for his female best friend who thinks of him as just a kid, and playing wing on the Varsity rugby team. If you love Ryan Dean West, read the follow up: Stand-Off. Stick by Michael Harmon (Aug 2015)
Stick, a star football player who's become disenchanted with the game, becomes friends with Preston, a nerdy kid who fights crime by night. Exit, Pursued by a Bear by E.K. Johnston (Mar 2016)
At cheerleading camp, Hermione is drugged and raped, but she is not sure whether it was one of her teammates or a boy on another team -- and in the aftermath she has to deal with rumors, the awkward reaction of her classmates, rejection from her boyfriend and the discovery that he best friend is gay. Above it all she wants to remember what happened so that the guilty boy can be brought to justice. Roller Girl by Victoria Jamieson (Mar 2015)
A graphic novel adventure about a girl who discovers roller derby right as she and her best friend are growing apart. Sport-o-rama by Benoit Tardif (Mar 2015)
From badminton to volleyball, presents the essential words and phrases associated with twenty-three different sports. Who's On First? by Abbott & Costello, Illustrated by John Martz (2013)
Abbott and Costello's classic comedy routine, reissued for children, features a bear and rabbit trying to determine the baseball player covering each base. Dino-Wrestling by Lisa Wheeler (Oct 2013)
Meat-eating and vegetarian dinosaurs compete at the wrestling jamboree, demonstrating such styles as sumo, Greco-Roman, and lucha libre. Wheeler has more picture book of dino-sports such as: swimming, skateboarding, soccer, football, baseball, basketball, and hockey.

Night at the Stadium by Derek Jeter (Apr 2016)
A baseball stadium comes to life in this magical picture book by legendary sports icon Derek Jeter. The Extra Yard by Mike Lupica (Jan 2016)
Teddy has been training all summer with his new friends Jack and Gus to make the new travel football team in Walton, but when his long-absent dad comes back to town and into his life he is faced with a much bigger challenge. Skateboard Idol by Jake Maddox (Jan 2016)
When local skateboarding idol Scottie Devine announces a kind of treasure hunt in his home town in California, skating friends Griff and Annika are thrilled to participate - but soon the competition threatens to destroy their friendship.
Posted by Allison at 9:00 AM